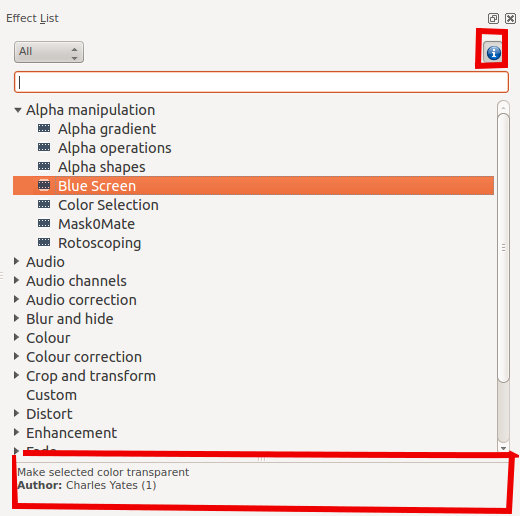 To add an effect to a clip, simply drag it from the Effects Tab to the clip on the timeline. 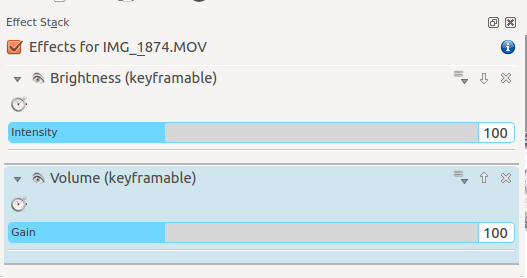 In kdenlive version 15.12 the effect stack is merged with the "Transition" window to create a "Properties" window.