The effects that are in play on a given clip can be viewed and edited via the Properties Tab that displays when the clip in question is selected in the timeline. To add an effect to a clip, simply drag it from the Effects Tab to the clip on the timeline.

The Properties Tab and its Menu 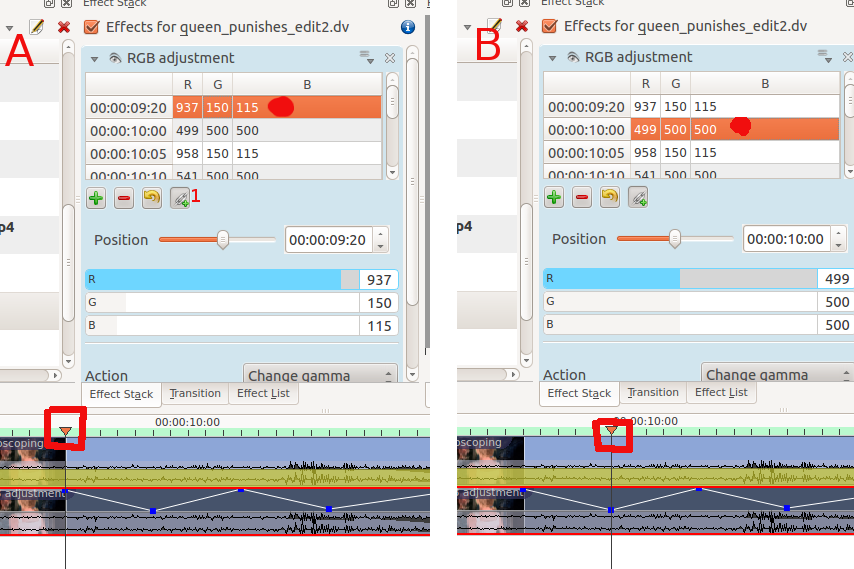