Difference between revisions of "Kdenlive/Manual/Transitions/Composite"

The composite transition combines the video data from 2 video tracks into one. This transition is used in combination with Alpha Channel information supplied by one of the Alpha Manipulation Effects or by the use of a Wipe File. This Alpha Channel data describes how the two video track data should be combined. Until you define some alpha channel data using an Alpha Manipulation Effect or a Wipe File, changes in the Composite transition settings will have no visible effect.

Note: Pretty much the same functionality can also be supplied by the Affine transition. The affine transition also does not suffer from the "green tinge" bug reported by some. (Mantis #2759) 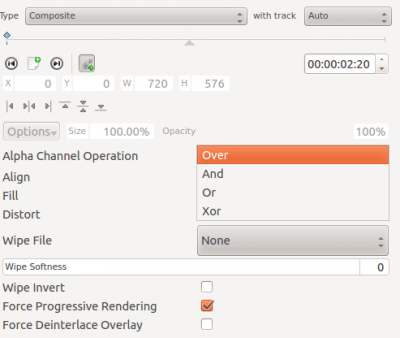 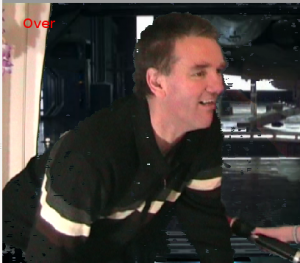 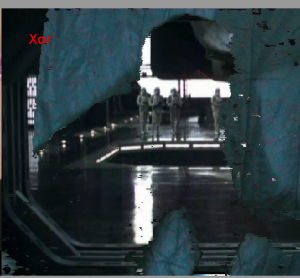 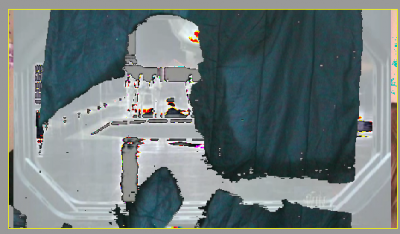 What the project monitor looks like when you have just selected the composite transition in the time line. This is not what the rendered video will look like.

To get a look at what the video will render as you need to click Video 1 and then Video 2 in the timline. 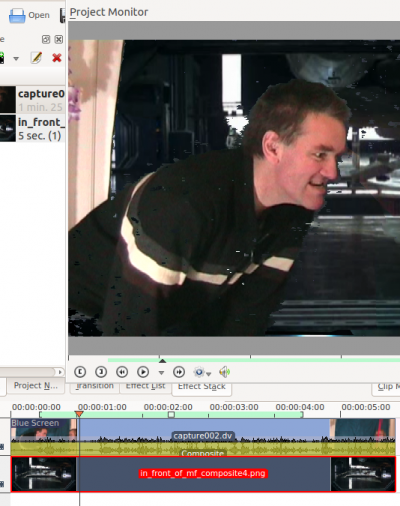 See this tutorial that describes how to use

Tutorial showing how to use the "Blue screen" function, composite transition and Keyframes to animate one image moving over another in the Kdenlive video editor

This tutorial uses the composite transition and a custom video mask (A.K.A. a Wipe File or matte) to create an effect where you can make it appear that one video is playing on the screen of a still of a computer monitor.

The mask / matte is created with GIMP.

It would appear that you need to stop and restart Kdenlive in order for it to pickup new matte/wipe files saved in the above directory.

There appears to be a defect in this functionality that means when the composite is on 100% Opacity the wipe file does not work. You need to change it to 99% to make the effect kick in. 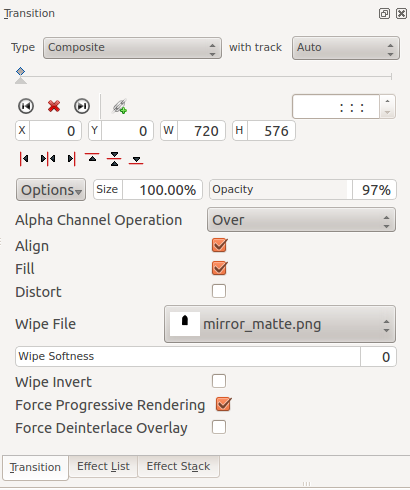