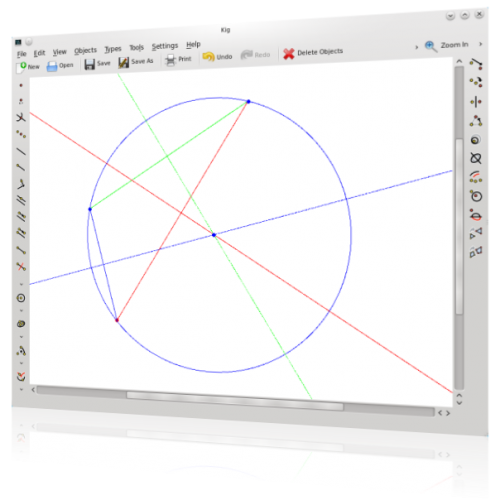 All three segment axes of a triangle intersect in one point which is the center of the circumscribed circle.

Kig is meant as a better replacement for such free programs as KGeo, KSeg and Dr. Geo and commercial programs like Cabri.


This page was last edited on 5 January 2013, at 15:38. Content is available under Creative Commons License SA 4.0 unless otherwise noted.