Kopete is a flexible and extendable multiple protocol instant messaging system designed as a plugin-based system.

All protocols are plugins and allow modular installation, configuration, and usage without the main application knowing anything about the plugin being loaded.

The goals of Kopete are to provide users with a standard and easy to use interface between all of their instant messaging systems, but at the same time also providing developers with the ease of writing plugins to support a new protocol. 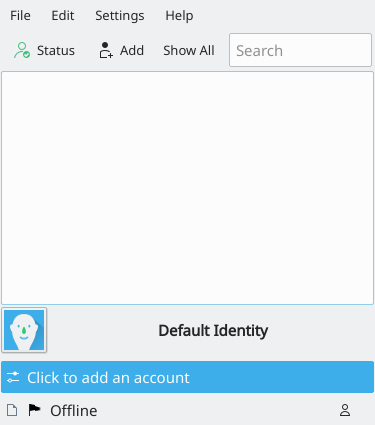 where to browse and submit bugs

Links needed for each of these - some of which don't exist on kde.wiki.org

Move this section to Techbase?


This page was last edited on 14 October 2014, at 22:18. Content is available under Creative Commons License SA 4.0 unless otherwise noted.