Kubuntu is a user-friendly Linux-based operating system that uses the KDE Plasma Desktop. Being a part of the Ubuntu project and having a six month release cycle makes Kubuntu the Linux distribution for everyone. 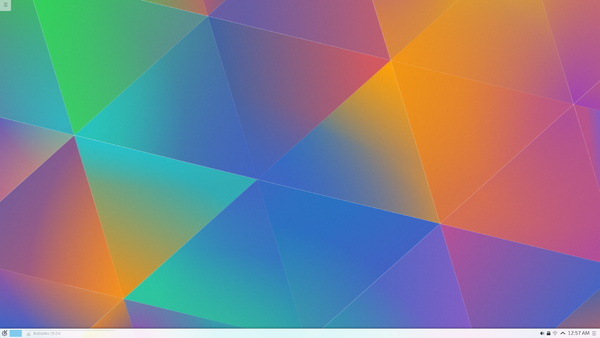 Linux is an operating system kernel that resembles the Unix operating system. The kernel is the main software required for any operating system, providing a communication bridge between hardware and software. Linux has become a leading element of the worldwide movement to embrace free and open source software. The term "GNU/Linux" is a way of referring to operating systems based on the Linux kernel combined with parts from the GNU Project.

KDE is an international technology community that creates and supports free software for desktop and portable computing. Among KDE's products are a modern desktop system for Linux and Unix platforms, comprehensive office productivity and groupware suites, as well as hundreds of software applications in various categories including internet and web applications, multimedia, entertainment, education, graphics, and software development. KDE software is translated into more than 65 languages and is built for ease of use with modern accessibility principles in mind. KDE's full-featured applications run natively on Linux, BSD, Solaris, Windows, and Mac OS X. The KDE Workspace is the default desktop for Kubuntu.


This page was last edited on 29 December 2015, at 21:41. Content is available under Creative Commons License SA 4.0 unless otherwise noted.