Amarok requires very little configuration, but it doesn't provide a way to migrate your old database. Go to Settings -> Configure Amarok... and go to the Database tab. Fill in localhost as the server address, 3306 as the port, and amarok as the database name. 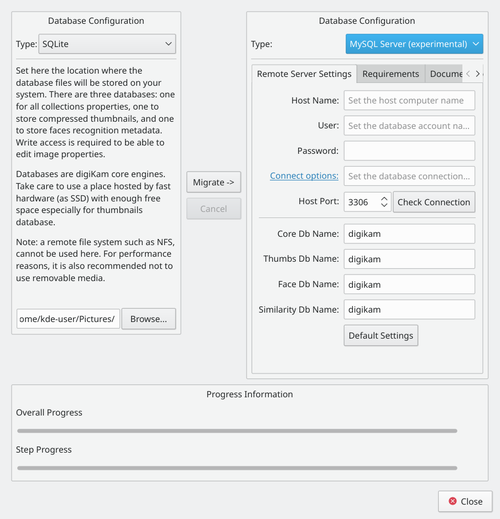 
This page was last edited on 16 September 2011, at 18:06. Content is available under Creative Commons License SA 4.0 unless otherwise noted.