Difference between revisions of "User:Fpuelz"

You can use KrossWordPuzzle to play crosswords or to create new crosswords. It can open and save *.puz-files (AcrossLite) and it's own *.kwp files (which are XML files) or *.kwpz (which are compressed *.kwp files). You can download lots of crosswords from within the game.

To open the settings dialog use Settings -> Configure KrossWordPuzzle....

You can disable animations if the game is running slow or if you don't like them. 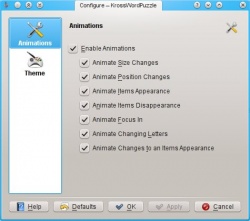 The animations tab of the settings dialog

KrossWordPuzzle uses the default theme selection page. Just select the theme you want to use. By default, there are three themes: 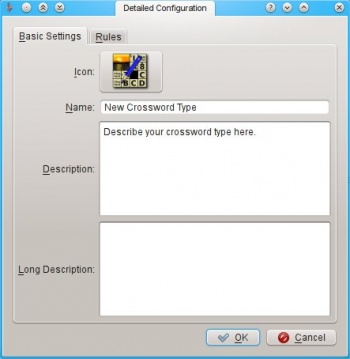 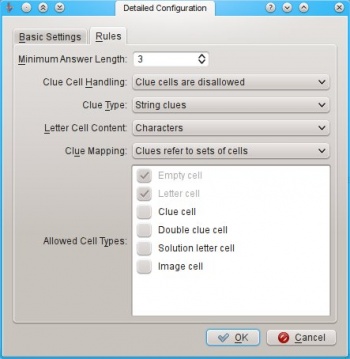 The rules tab of the crossword type dialog

KrossWordPuzzle has a page on kde-apps.org, where you can download the latest sources and binary packages for various distributions.


This page was last edited on 15 January 2010, at 00:18. Content is available under Creative Commons License SA 4.0 unless otherwise noted.