Amarok can be installed and used on the Mac OS X.

To install Amarok on Mac OS X, first one needs to install MacPorts from here. Once MacPorts is installed one needs to run the following command in the terminal: 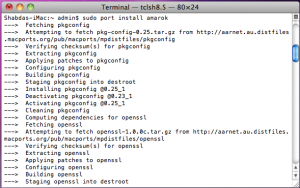 The port command will fetch all the dependencies, compile, build and install them. This process may take quite some time, four to five hours in a recent install. 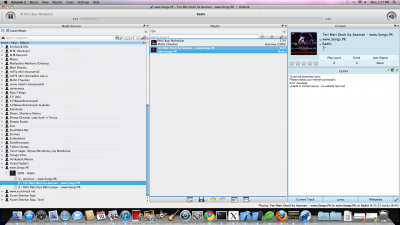 If you run into difficulties, there is a troubleshooting page here.


This page was last edited on 4 July 2013, at 18:46. Content is available under Creative Commons License SA 4.0 unless otherwise noted.