All about lines! All three of these brushes produce lines of sorts, so this tutorial tells you the differences! In particular, the Curve brush is my recommended tool for drawing comic and anime lines, unless you're using the more expressive Sketch brush.

At first glance this may seem like a boring tool merely for decoration effects, but in fact, this is perhaps my favourite tool for drawing smooth, variable-width lines with a mouse (comic lines, basically).

First off, the line produced by the Curve brush is made up of 2 sections: 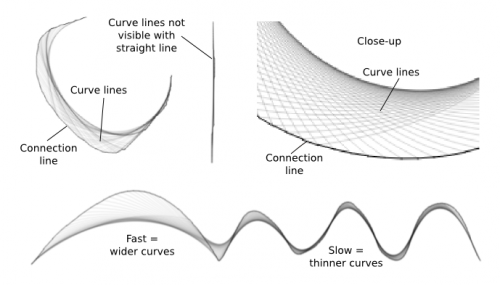 You have access to 3 settings from the Lines tab, as well as 2 corresponding dynamics: 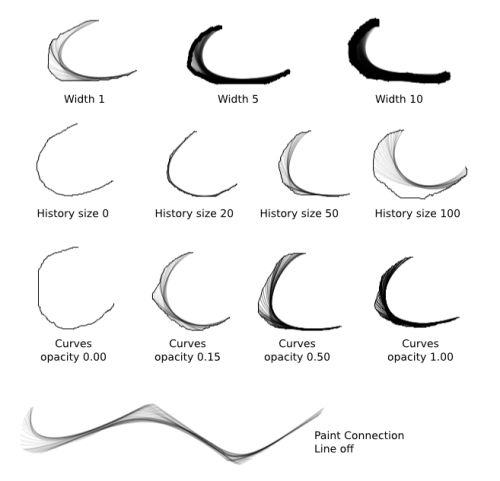 And here's the only section of this tutorial that anyone cares about: pretty lineart lines! For this:

The curve lines will fill out the area they cover completely, resulting in a line with variable widths. Anyway, here are some comparisons: 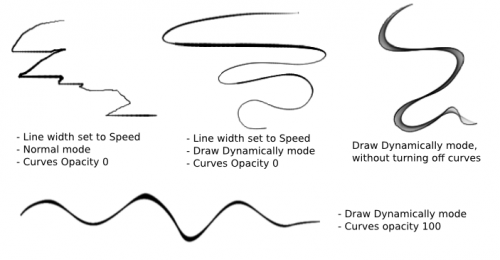 And here are examples of what you can do with this brush: 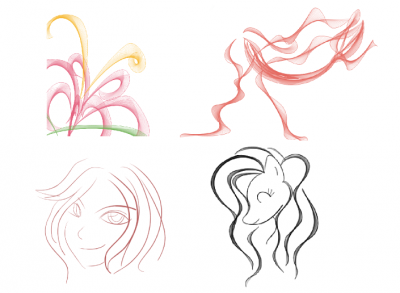 Like the Curve brush, the Particle brush produces fancy lines. Unfortunately, it lacks the dynamics options of the curve brush, making it less suited to drawing simple lines.

Unlike the Curve brush, the Particle brush produces more or less parallel lines. You can tweak the following settings: 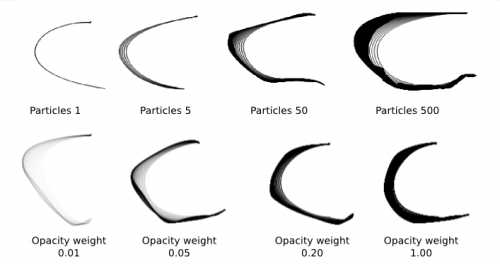 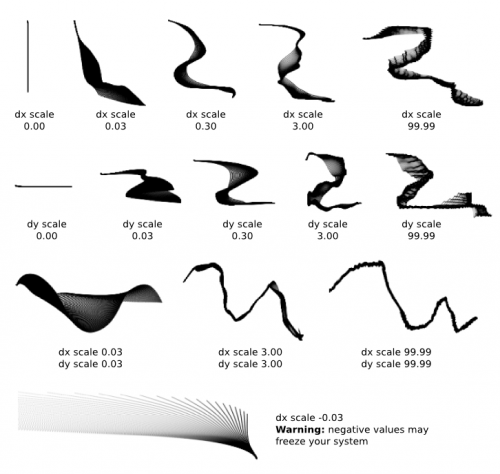 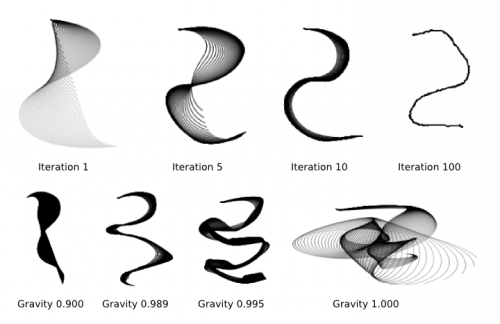 There are two things confusing with this brush:

Luckily for you, I've crashed my system enough times to figure out what's what for you!

So which settings affect which modes?

(these were tested with a mouse, so I don't know how tablet pressure affects them)

Now, for a closer look at the drawing modes.

This brush is made of two parts:

This brush creates a series of parallel-ish lines, and is mostly affected by two settings: 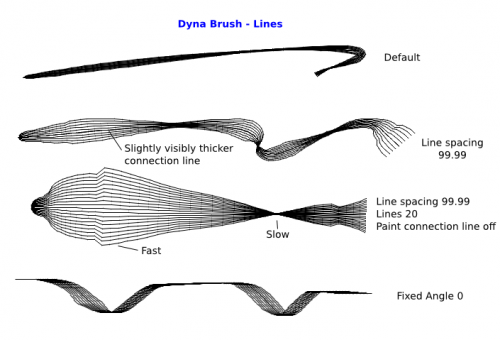 These two brushes are actually complementaries of each other (as far as I can tell anyway), so the size settings affecting them are the same. The faster you draw, the more spread out the grids. 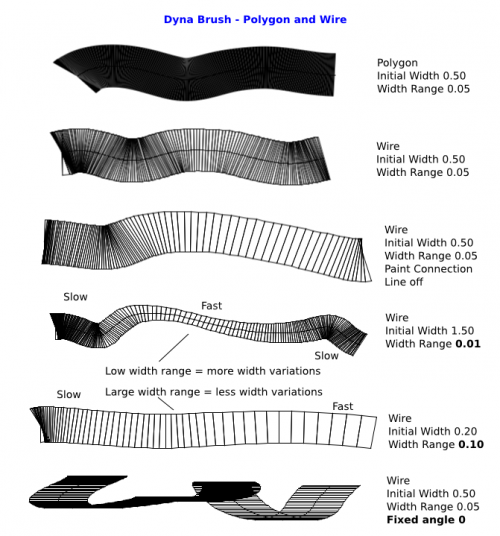 The last setting to describe is the Airbrush mode. Like the Particle brush, Airbrush mode will cause the brush to keep drawing even if you stop your mouse movement. Because of its "dynamic" drawing behavior however, the brush will basically keep drawing in a spiral pattern approaching the mouse. 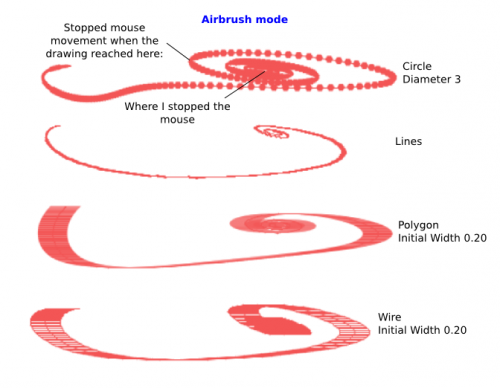 That's it for this tutorial!


This page was last edited on 30 January 2013, at 15:52. Content is available under Creative Commons License SA 4.0 unless otherwise noted.