Plasma is the desktop interface for KDE 4 SC, including the application launcher (start menu), the desktop and the desktop panel (often referred to simply as the task bar, although that is only one component of the panel). In KDE SC 4.x Plasma supports not only widgets written specifically for Plasma (also known as Plasmoids) but also ones from other sources such as Google Gadgets and Dashboard Widgets from Mac OSX. Additional widgets can easily be found and installed through Get Hot New Stuff. 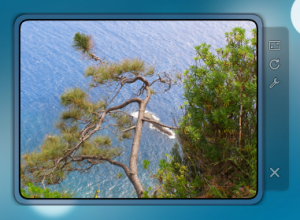 KDE Plasma has brought a lot of new features to the modern linux desktop, however many people are only using a fraction of the desktop's full potential. One of the most useful and underused features is the plasma activities. The basic idea behind is that your desktop space is limited to how many widgets it can hold. A user will want to use a lot of widgets but doesn't want their desktop to be cluttered. The answer to this problem is activities; they allow you to specialize each desktop to whatever task you need to accomplish. To make a new activity you have to click on the cashew in the upper right hand corner, from there click zoom out. The desktop will zoom out then click add new activity under the small desktop. It will make a new desktop right next to it. Now go click the zoom in button under the new desktop. With this desktop you can add whatever widgets to this desktop and it will not affect the other desktop.

From Plasma Desktop 4.4 onwards this configuration setting can be found in systemsettings under Configure Plasma.

Go to this blog to read a few tips on using activities.