This is tutorial how to calculate the compound interest with KAlgebra 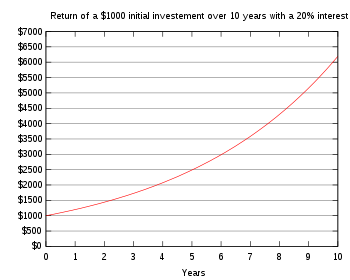 Let's first recall what the compound interest is:

Compound interest arises when interest is added to the principal, so that from that moment on, the interest that has been added also itself earns interest. This addition of interest to the principal is called compounding. A bank account, for example, may have its interest compounded every year: in this case, an account with $1000 initial principal and 20% interest per year would have a balance of $1200 at the end of the first year, $1440 at the end of the second year, and so on.

Example usage: An amount of $ 1,500.00 a loan from the bank with an annual interest rate of 4.3 percent, which complicates the quarter. Find the value of the amount due after 6 years.

So, the value of the amount due after 6 years is approximately $1,938.op

Write all these functions in Console Mode 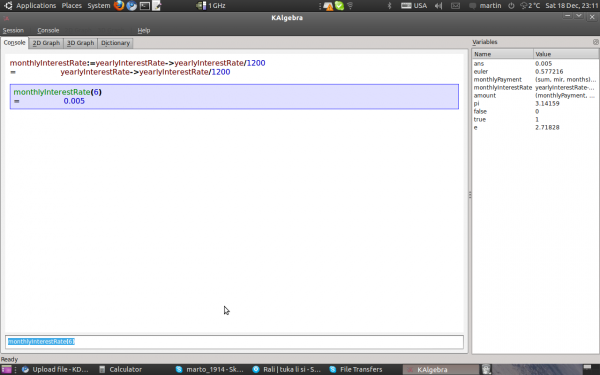 2.This function calculates the monthly payment 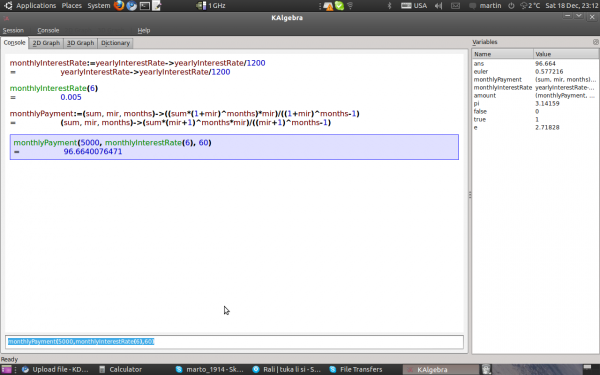 3.This Function calculates the whole amount you have to return to the bank 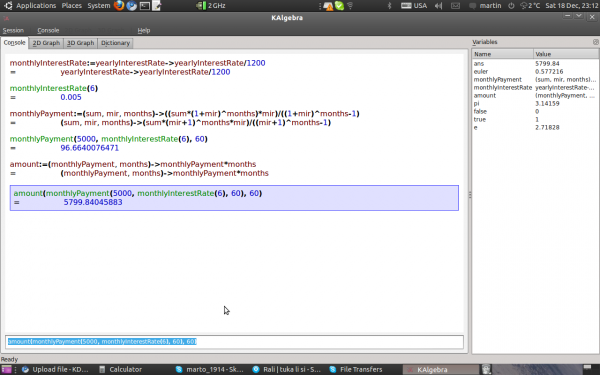 
This page was last edited on 20 December 2010, at 16:43. Content is available under Creative Commons License SA 4.0 unless otherwise noted.