.khipu files are the files that are generated when you save your khipu workspace. The basic syntax of this file is introduced in this document. Note that the structure khipu uses in its persistance file is QJson format. 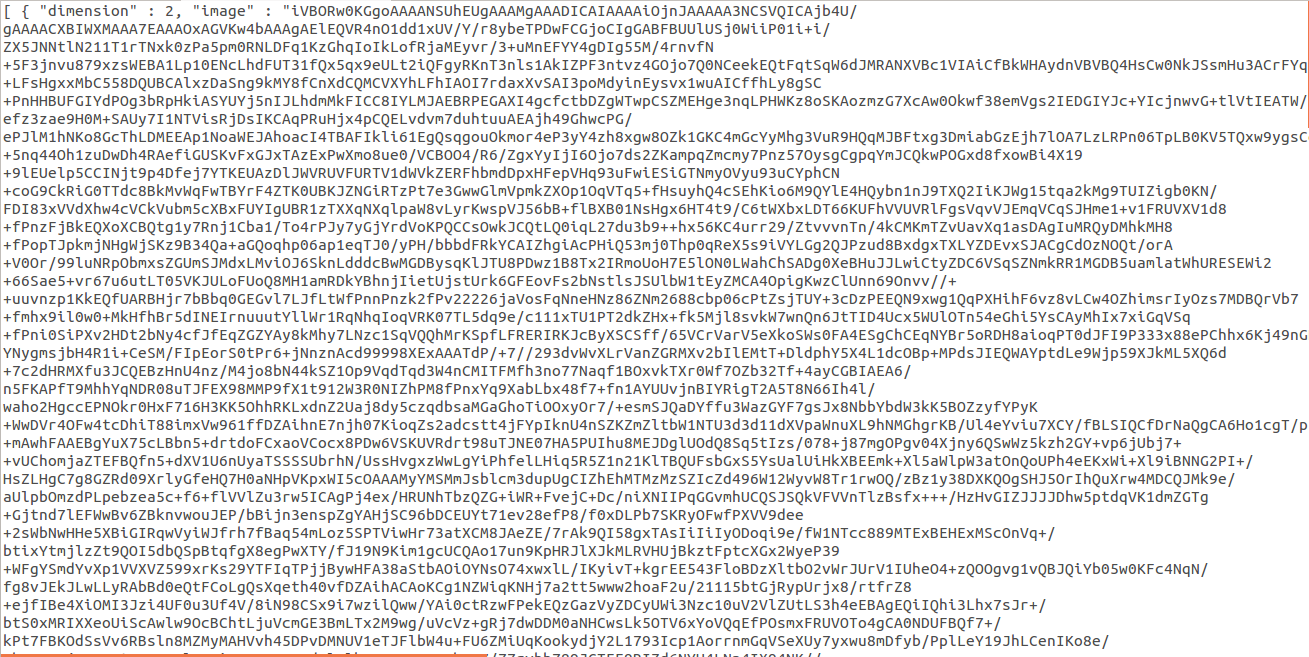 Above is a screenshot of sample .khipu file, opened by gedit. In 2D Space with space-title 'Titled 1' is a y=2x graph drawn in green color, and a name of 'Plot'. The details of this syntax will be explained one by one.

The first argument that is in .khipu file is 'dimension'.

The image part is the biggest chunk in .khipu format. This part essentially contains the information about the thumbnail picture of your space. A thumbnail is the small graph image that shows the part of your space, just like the one shown below. 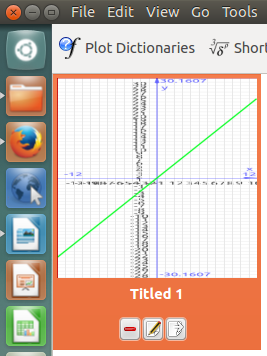 The name of space is listed after "name".

The “color” defines what color the graph is plotted. As you might have noticed, it is shown in simple HTML color code.

“expression” defines what expression is being plotted. It uses grammar of 'analitza', which is our backend library. The syntax of this is quite intuitive: x->sin(x) for example corresponds y=sin(x) graph. It is essentially similar to modern calculators, or math languages.

Finally, "name" defines the name of the graph.

That is, if there are two plots, it is like this:


This page was last edited on 7 January 2014, at 02:48. Content is available under Creative Commons License SA 4.0 unless otherwise noted.