Pairs editor is a part of Pairs Project. It can be used to make and edit themes for Pairs. 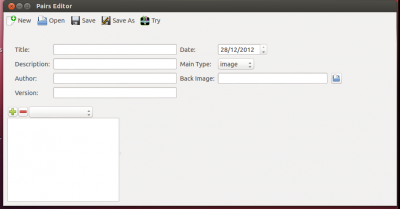 The button can be used to create a new theme.

This button can be used to open an existing theme

These two button are used to save the created theme

Try button is used for trying the theme that is created. It will launch Pairs with the new theme

Creating a new theme is quite easy and can be done using the following steps: 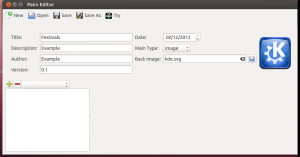 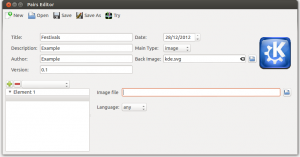 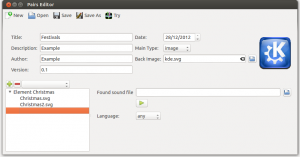 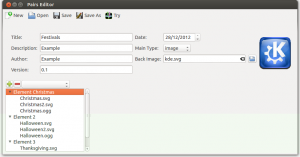 
This page was last edited on 30 December 2012, at 14:32. Content is available under Creative Commons License SA 4.0 unless otherwise noted.