If a picture has the name mohamedmalik.JPG, when metadata is written to the image it will create a new file in the same directory called mohamedmalik.JPG.XMP. This file contains all the new and previously written metadata, leaving the image untouched. This is very useful when writing metadata to RAW files. 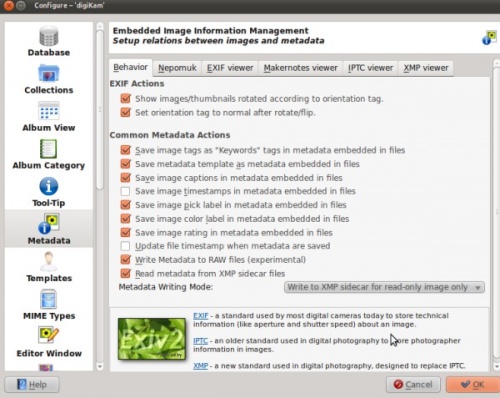 There are four options available: