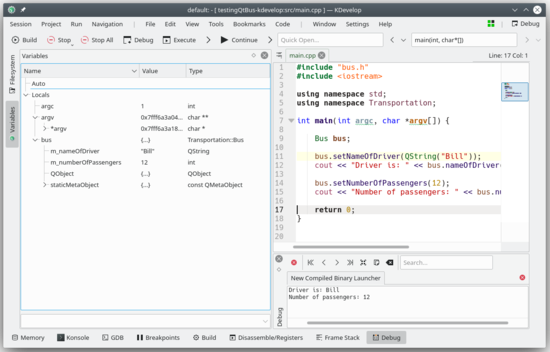 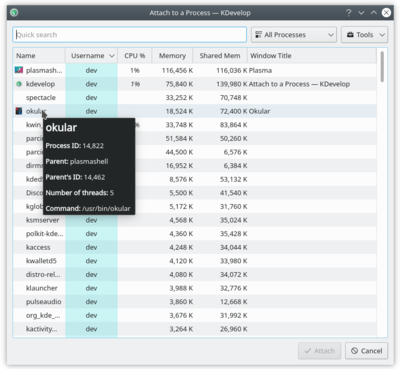 Sometimes, one wants to debug a program that's already running. One scenario for this is debugging parallel programs using MPI, or for debugging a long running background process. To do this, go to the menu entry Run -> Attach to Process, which will open a window like the one above. Select the program you wish to attach to and then click Attach. If you fail to attach to the process and get the following result:

Attaching a debugger to a running program is not allowed by default on most Linux distributions. To do so, you first need to know a little about PTRACE system that is used for debugging. Generally, the default setting is a scope of "1", which limits PTRACE to direct child processes only (e.g. "gdb name-of-program" and "strace -f name-of-program" work, but gdb's "attach" and "strace -fp $PID" do not). A PTRACE scope of "0" is the more permissive mode.

There are two ways to change this on Ubuntu, if you are running a different distribution, your requirements may be different. On Ubuntu, one way is to edit the /etc/sysctl.d/10-ptrace.conf file and change kernel.yama.ptrace_scope to 0. After editing the file run the following command:

You should now be able to attach to a running process.

The other way that is the more secure way is to run:

when you want to use the feature, and:

when you have completed your need for attaching to a running process.

After setting your ptrace_scope to 0, you will want to select the program that matches your currently open project in KDevelop.