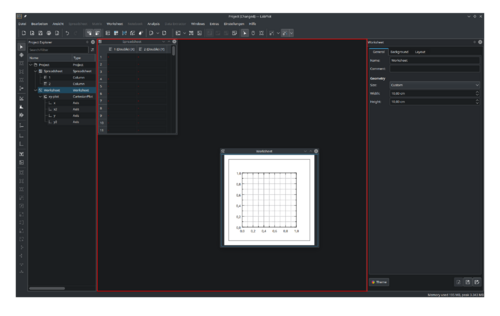 Main area is the part of the application where the project object windows are shown. These windows represent the "view" of the different top-level project objects like Spreadsheet, Worksheet, etc. The child windows can be freely moved, minimized and maximized inside of the main area as shown on the screenshot above.

Alternatively, the windows can also be arranged in a tabbed view like on the followng screenshot: TODO: screenshot 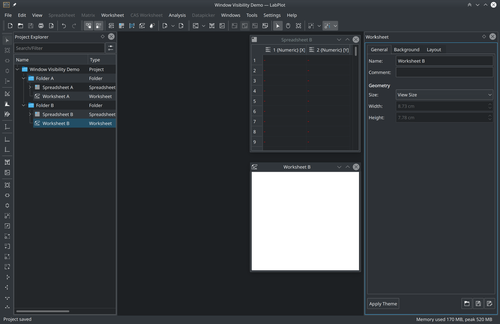 In case also the windows from other folders have to be shown, the window visibility policy has to be adjusted. This is achieved via the context menu of the project explorer where one of the three following options can be selected:

E.g., by selecting the option All all windows opened by the user in all folders will be shown. The screenshot below demonstrates this behavior - the user has opened the spreadsheet and the worksheet from the first folder and the worksheet from the second folder and all these objects are visible at the same time independent of the currently selected folder in the project explorer:


This page was last edited on 4 September 2020, at 10:25. Content is available under Creative Commons License SA 4.0 unless otherwise noted.
-->