The purpose of publishing software screenshots is to introduce prospective users to the look and feel and to give them an idea of what to expect from the product once they have got it running. Therefore, screenshots should document common usage of the environment and applications, available to users with a standard hardware configuration. 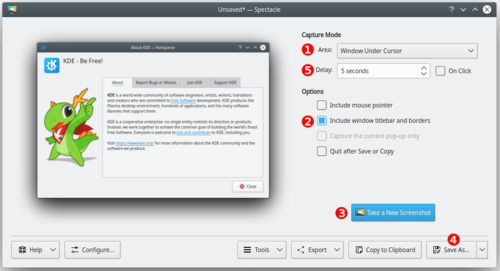 
This page was last edited on 6 June 2021, at 17:25. Content is available under Creative Commons License SA 4.0 unless otherwise noted.